“Pub Quiz” is a Hit With Members

The December meeting of the Ventura Sailing Club (Victoria Pub, Ventura) saw the first “Pub Quiz” held during the evening. Contestants had to answer 21 general knowledge questions in around 10 minutes. Time taken to complete the questions, as well as accuracy of the answers, were judged, by Vice Commodore Richard Sharpe. The liquid prize was shared between a 3 person team, who racked up an impressive 19 correct answers. The quiz proved very popular and we will hold quizzes in future meetings. Why not come along and try your hand? There are prizes and we also have the complimentary raffle. See you there.

Officers voted in at December meeting.

Will Yount and Richard Sharpe were unanimously voted in to the Commodore and Vice Commode positions for 2018 season. Upon election, they unilaterally decided to reappoint the entire slate of 2017 officers for 2018. That shows you the error made by many who did not attend the December meeting and therefore could not protest. Sharpe said that, in true nautical fashion, Will and I employed the “press gang’ method. 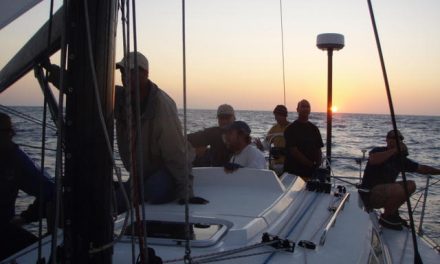 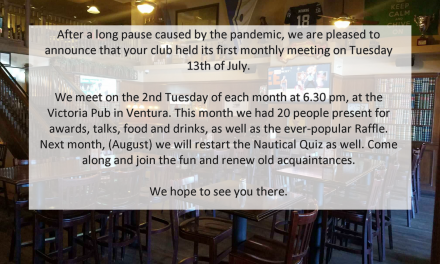 No boat? No problem! Our skippers can always use more crew - and if you're a skipper, find willing crew for cruising or racing. We want to get you back on the water!

The Ventura Sailing Club is a group of active beachcat, multihull and monohull sailors. We welcome all new members interested in cruising and racing events, as well as those simply seeking fun on the water to enjoy Nature’s treasures. The Santa Barbara Channel offers magnificent opportunities year around for cruising, racing or exploring the local islands and we can hook you up.

Without the heavy financial demands of most clubs, the Ventura Sailing Club offers low annual dues and tremendous opportunity for what really matters ... getting out on the water to have fun.

We meet the second Tuesday of every month at Victoria Pub and Grill in Ventura, to discuss past events or plan new ones, enjoying an informal and fun atmosphere without any obligations.

Join us, get on the water and start enjoying the local treasures!